The Secret To The Perfect Google Ads Account Structure 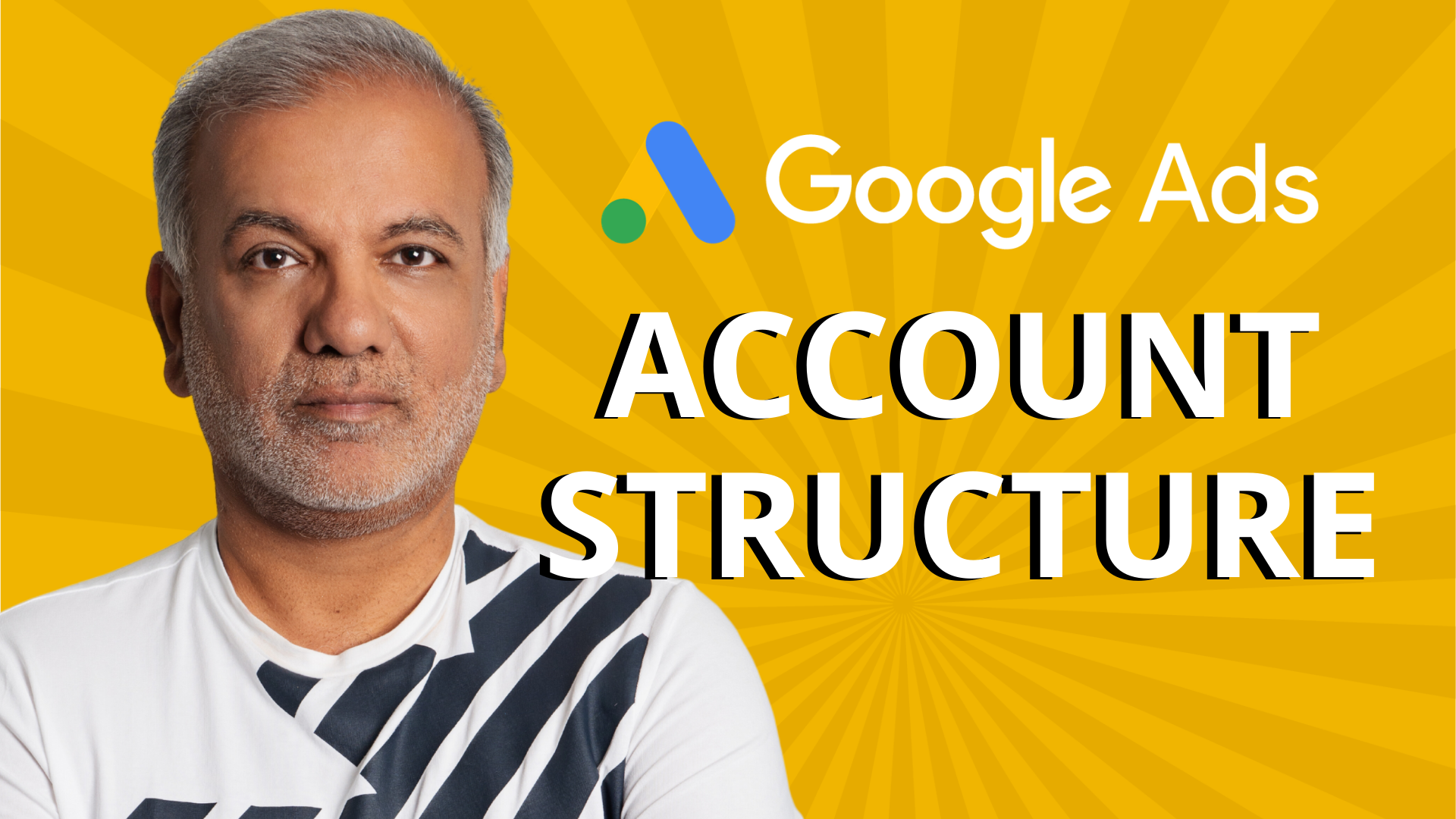 I’m going to show you how to Google Ads account and the structure set up within that account. So if you are new to Google ads, you may struggle with how the account is set up, the campaigns, ad groups where do the keywords and the ads go.

So in this short video, I’ll show you very quickly how it is all set up and how the hierarchy of these campaigns, ad groups & keywords is. Okay. So here’s my iPad, all right.

So at the top, we have the account underneath that comes the campaign or campaigns, at the account level, you have your billing and your company info, etc. Campaigns will have ad groups. So we just call it ad group two, ad group one, you can have as many ad groups as you want.

There is a limit to it, I’m not sure how what’s the maximum, but it goes into thousands. You will never run out of ad groups in a campaign. Okay, Under ad groups we have your ads, keywords, you could have even negative keywords.

You could have multiple ads in an ad group, which I would recommend because then you can see which one is working which one isn’t working. You can also have keywords in different match types. So you could have the phrase, you could have exact or you can have broad match keywords.

You could have either all of them in the same ad group or you can have separate ad groups for each match type. So you can adjust your bids accordingly. Now with regards to the budget, this is where a lot of people get confused, especially when they have come from Facebook onto Google Ads. Facebook, the budget is on ad set level.

Whereas over here in Google Ads, it’s at the campaign level. So the budget or the daily budget if you set up goes over here. Now let’s say in our campaign we’ve got these three ad groups and ad group number one is eating up the majority of the budget and ad group two and three are not getting any impressions or clicks. So that is the problem you may have.

In that case, what you want to do is, to take that ad group one out of this campaign and make another campaign with just this ad group on its own and then you have your budget or whatever budget you want allocating for this one. Right, then what will happen is from our first campaign which was this one, the ad group has been taken away. That budget has been released for ad group two and ad group three.

So this is how we would go about utilization or the optimization of the budget so that all our ad groups are running getting the impressions, clicks, conversions, etc. And then you can adjust your bids as to what you want to do, whether you want to bid up or bid down dependent on the performance of your, of your campaign.

Did You Enjoy This Blog?

So I hope you enjoyed this blog post and thanks for being with me over here. And I look forward to seeing you at the next one. If you haven’t subscribed to our YouTube channel then please do so, we upload videos regularly and you hit the bell button as well. And you will be the first one to be notified when we do upload a new one.

If you enjoyed this blog, you may also like: