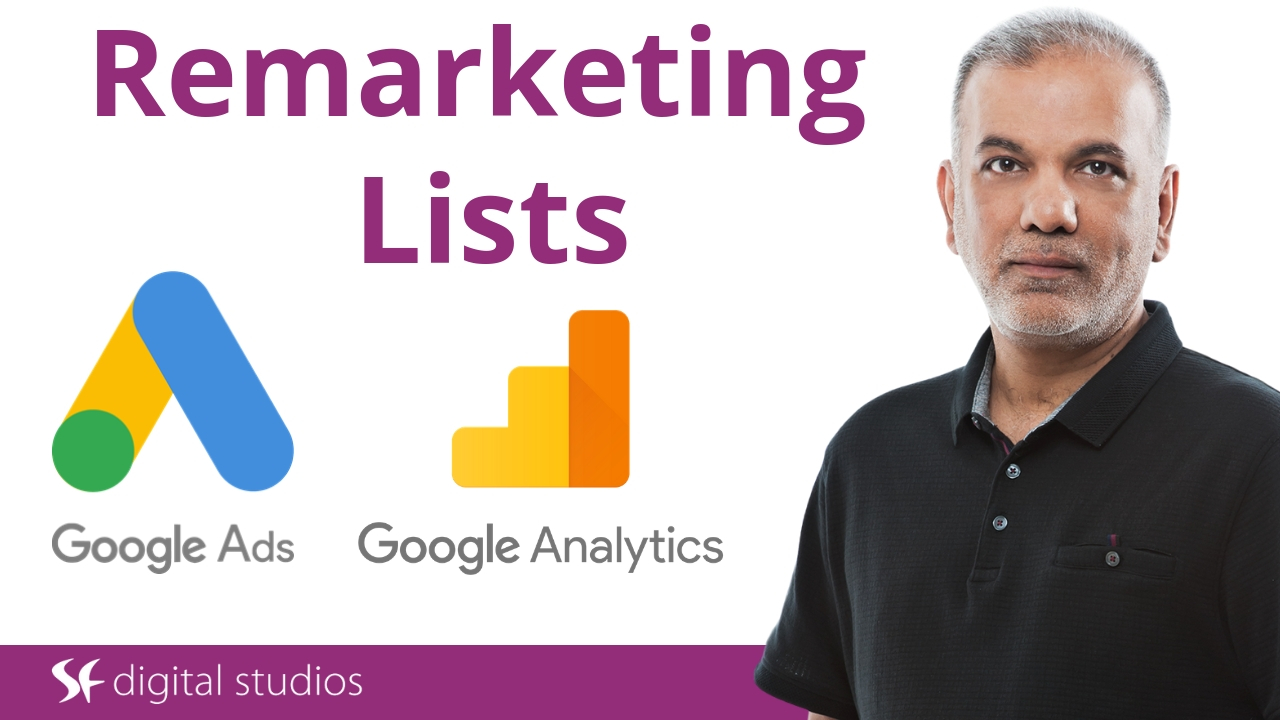 Many advertisers on Google ads struggle to set up a Google remarketing campaign the right way. The reason being is that they don’t know how to segment the list of the audience and how to include or exclude those audiences from the remarketing list. So, in this video, I’m going to show you how and why you should set up your Google ads custom segment list in Google Analytics.

Hello, my name is Uzair and thanks for joining. If you like videos like this one then please don’t forget to subscribe to our channel and you’ll be one of the first one to be notified when I upload the similar deals like this one. In this video, I’m going to show you how to create your audience list for remarketing purposes in Google analytics and then always can be important in Google Ads so that you have a dynamic list of those who you want to include in your list and those who you want to exclude.

What most people do is they put everybody in under all visitors and remarket to them, and it’s not the best way to remarket and here’s why. Let me open up my notes and here’s what you need to do. First, you need to make a list of those who you wish to include in your campaign and those who wish to exclude. The exclude ones or the exclusion list, those who bounced off the website. This is a list of people or visitors to your website who bounce off within 5 seconds or less.

If they have bounced, there’s no point in going after them with your remarketing ads, you’re going to waste more money. So it’s best to exclude them. The other ones to exclude, are converters, converters could be somebody who has already signed up, made a purchase on your website or taken any other call to action you want them to take. Again, if they’ve converted, you don’t need to remarket to them with the same offer or the product. So, let’s concentrate on the include list doors, who you wish to include in your campaign, and how I would set my list.

So what I do is I would include those who achieved a micro goal. A micro goal could be certain time on site, visited number of pages, may be viewed a video, downloaded a pdf or a white paper or anything like that. I want to go after them because they have not quite crossed the line. They’re not quite converted, but they have shown interest, um, in my product or service. So definitely I want to improve, these people in my, in my list. So then what I do is I set up a remarketing campaign and then I would have separate ad groups. So I would have one ad group which will be for site abandoned 3 days, another ad group abandoned 15 days, another one side abandoned 30 days.

Now you can remarket for more than 30 days as well. But it all depends on your niche and industry. For some businesses, the conversions happen within a very short period of time. Whereas in other industries i.e like when somebody is buying a house or a car or a high-value item, the conversion time could be a lot longer. So you can remarket for a longer period of time should you wish to. But the process is the same. The reason why I would separate these out in this way is first of all my bidding, I can bid very aggressively over here.

Let’s say if I got, my bid over here as $2 for argument’s sake. So what I’m doing is I want to target those people who gave came to my website and then left but did not bounce, right? So they are the site and may be viewed a couple of pages or spent a certain amount of time. So I want to follow them with my ads. So the first three days of them going off my website, I will bid very aggressively and you’ll see other companies do to you when you go onto Amazon or eBay and then you don’t buy that product. You will see that product follow you all over the place. Right? So we are bidding extremely aggressively because that is where we want the conversion to happen fairly quickly.

Your company, product or service is fresh in the minds and they’re more likely to come back and buy again from you. Then bidding or bid less aggressively, let’s say we go to a dollar. So then after on day 15, I would then follow them with my remarketing campaign ads and they will drop into my ad group which has got the abandoned 15 days list, right? So they’ve gone from the first ad group and now they’ve gone into the next one and this happens automatically.

So I’m going to bid a little bit less aggressively. And then from the 16 to day 30 if they haven’t converted over here I bide a bit less. So it could be fifty cents or something like that. So setting up a campaign like this and this structure, you can then have different messages or products. If they did not buy your original offer, then you can set up an ad for offer one, if they did not take up on that. You can try something different so you can be as creative as you like.

And the creativity in creating these campaigns is only limited by your imagination as to who to include, who to exclude. The time as to when you want them to go from one group to the other. So it really is a very sophisticated, yet very simple way of putting ads in front of somebody who has not converted but has shown a fair amount of interest in your product or services. So in the following videos, I’m going to show you a list of your audiences, which will be custom segmented in Google Analytics and we’re going to create a list for bouncers, then we will have site abandon 3 days, site abandon 15 days and the last one is the 30 day list

and we’re gonna put in our converters as well. But you can have asked me the more audience lists as you want to create in Google Analytics and these lists than get imported into AdWords for us to remarket to them and some of them will be included and some of them will be excluded from each one of these ad groups. So that’s it for this video. I hope you enjoyed it and I will see you in the next one. If you have any questions or comments about this video or would like me to create other videos similar to this one, then please put your comment in the comment box below and I’ll do my best to create a video for you. Thanks for joining in and I really do appreciate it and I’ll see you hopefully very soon in the next one. Bye for now.