Why Is Your Conversion Rate Dropping? 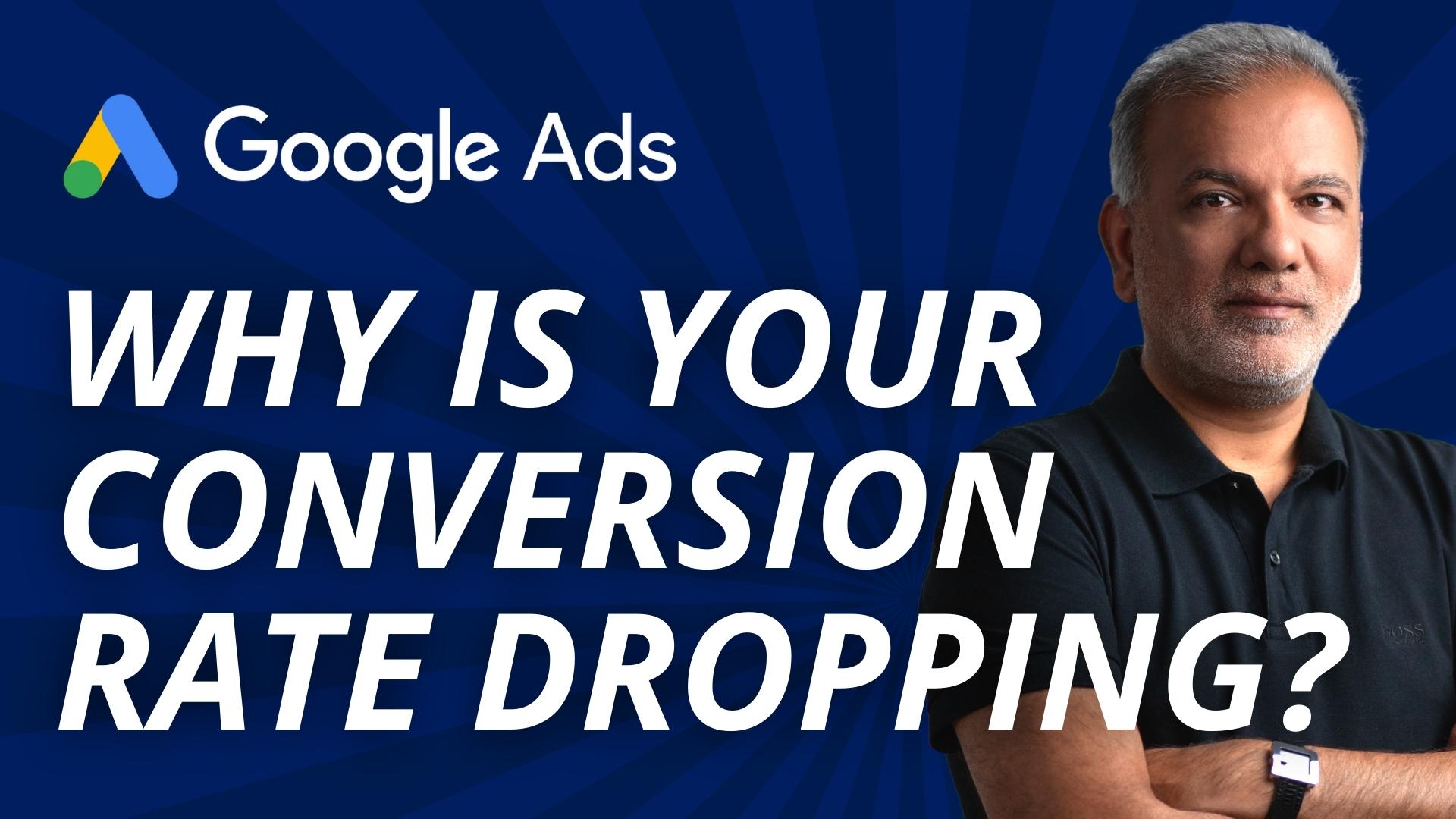 Conversion rates are essential in helping you find out the visitors that have turned into your customers. Many businesses have a significant emphasis on conversion rate since even a slight drop means that there is something wrong.

If you have a conversion ratio of 4% and it drops to 1%, you might be wondering what can be the reason behind this sudden decrease.

Factors behind the Decrease of the Conversion Ratio

If you see the sudden reduction in the conversion ratio of your campaigns, then your campaign will lose its essence and die. It will not deliver the same results and won’t carry on running the same way as it was doing before. In addition, it also varies from ad campaign to campaign.

But, if you are running your campaigns on smart biddings, such as TCPA or TROAS, you need to ensure not to make frequent changes. Also, if you change anything, the entire ad campaign can go into learning mode. As a result, it will go backward instead of going forward.

Making Changes in the Campaign

Many times people make the mistake of changing the campaign that is giving them leads on a regular basis and reasonable pricing. If you get constant leads at a set price, there is no need to make any changes to it. However, people tend to become greedy and then tweak the campaign.

For instance, if you are getting $5 leads, you might aim to get a $4 lead. Therefore, you disrupt the settings of the campaign, which puts it in learning mode. If you want to make changes to experiment with something new, you can do it in another campaign or create an entirely new campaign for it.

It will be the equivalent of chopping down the head of the chicken that gives you golden eggs in greed of getting them out all at once. Therefore, you need to avoid doing that.

Apart from changes in the campaign, another thing that could lead to a decrease in the conversion rate is the negative keywords. You might have accidentally added new keywords in a bid to increase your conversion. However, it adversely impacted it.

In addition, the campaign’s budget is also a key contributor to a decreasing conversion rate.

If your campaign has a limited budget or if it is unable to leverage the budget in an accurate manner, you will see conversion go down. However, negative keywords are more likely to have a significant impact than your budget.

Therefore, if you can look out at the changes you made in keywords in the last few days due to which the conversion rates started going down, you can identify the negative keywords and replace them.

These are a couple of the primary reasons why you might see a drop in your conversion rate. There can be other factors as well, but they will be varying from campaign to campaign.

So, apart from these 4 reasons, your ad campaign can have other factors as well, which are contributing towards a drop in conversion rates.

I hope you enjoyed this blog post and thank you so much for being with me over here. And I look forward to seeing you at the next one. If you haven’t subscribed to our YouTube channel then please do so, we upload videos regularly and you hit the bell button as well. So, you will be the first one to be notified when we do upload a new one.

If you enjoyed this blog, you may also like: